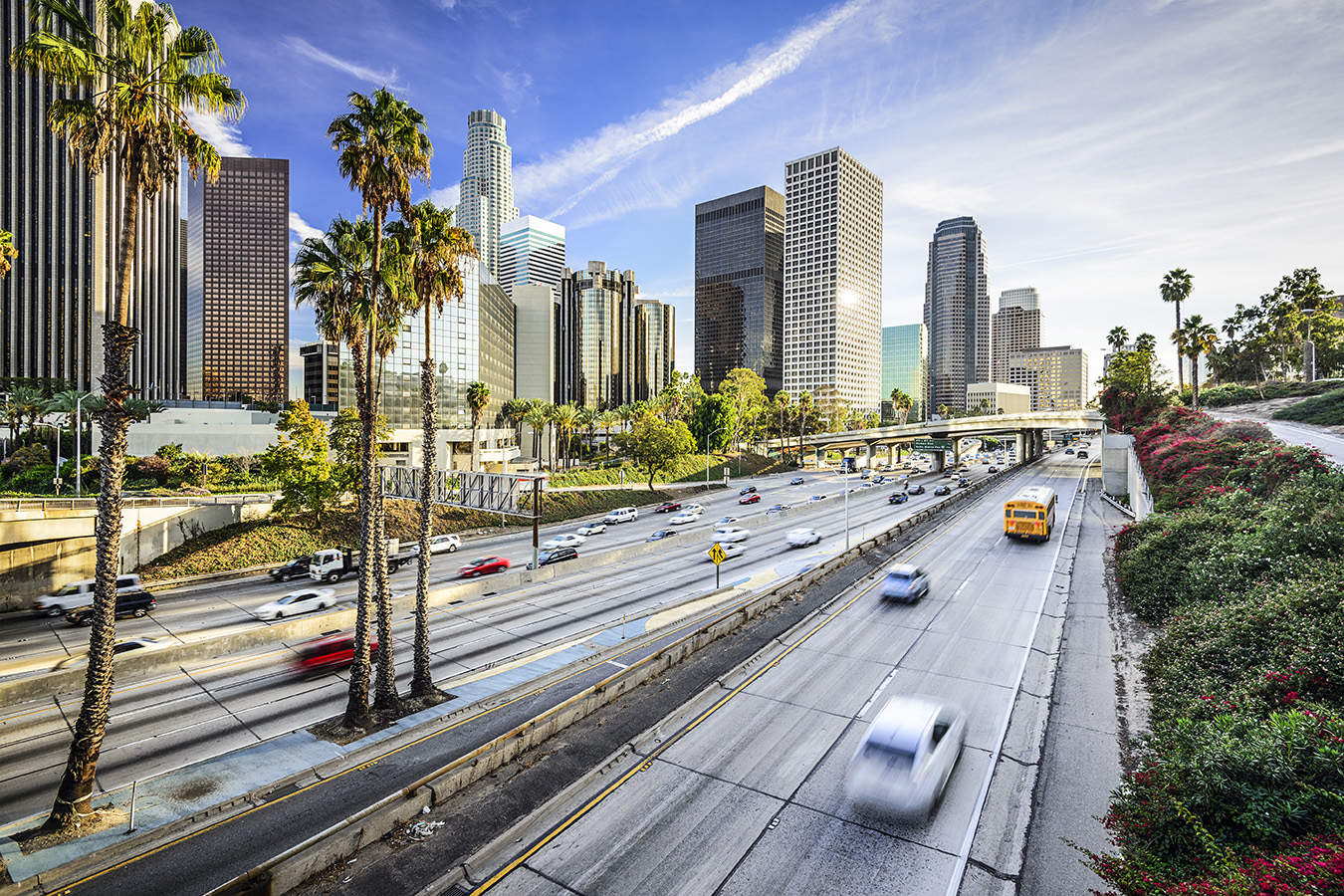 Are you moving to Los Angeles, California? Known as the City of Angels, expats moving to Los Angeles will encounter the USA at its vibrant, bewildering best as the second biggest city in the country. Los Angeles, commonly known as LA, provides a counterweight to the sometimes curt and dense cities of the East Coast. It sprawls across the West Coast, boasting beautiful beaches alongside immense stretches of desert.

Relocating to California puts you within an hour or two from mountain, beaches, lakes, forests and deserts, which means you can find any climate you want in the Golden State. From the Pacific Coast in the west to the Sierra Nevada in the east, California is a geographical wonder encompassing natural delights like Yosemite National Park, Lake Tahoe and the Redwood forests.

Orange County is located in the Los Angeles metropolitan area in the U.S. state of California. Huntington Beach, the fourth most populous city, has a population of slightly under 200,000 people. Six cities are on the Pacific coast, including Seal Beach, Huntington Beach, Newport Beach, Laguna Beach, Dana Point, and San Clemente. Orange County is included in the Los Angeles-Long Beach-Anaheim Metropolitan Statistical Area. The county has 34 incorporated cities. Older cities like Tustin, Santa Ana, Anaheim, and Fullerton have traditional downtowns dating back to the 19th century, while newer commercial development or "edge cities" stretch along I-5 between Disneyland and Santa Ana and between South Coast Plaza and the Irvine Business Complex, and cluster at Irvine Spectrum. Although single-family homes make up the dominant landscape for most of the county, Northern and Central Orange County is relatively more urbanized and dense as compared to those areas beyond Irvine, which are less dense, though still contiguous and primarily suburban, but not exurban. The county is a tourist center, with attractions like Disneyland.

Get in contact with a listed realtor here at www.housingagent.com