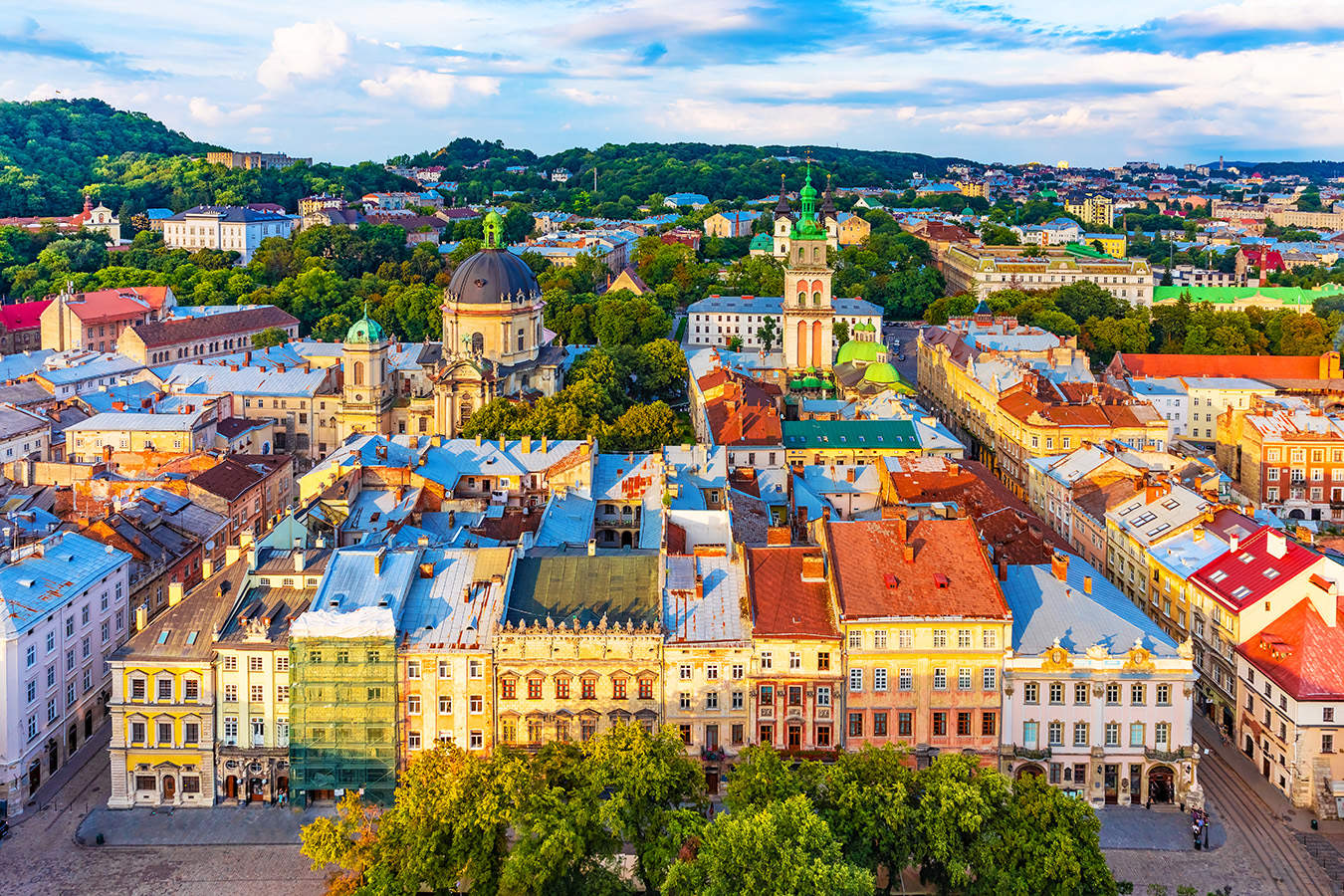 Moving to Ukraines Lviv? Lviv is a city in western Ukraine, also spelled L'viv and Lvov, around 70 kilometers from the border with Poland. Traces of its Polish and Austro-Hungarian heritage are evident in its architecture, which blends Central and Eastern European styles with those of Italy and Germany. In High Castle Park, the mountaintop ruins of a 14th-century castle provide panoramic views of the city’s green-domed churches and the surrounding hills. The city’s well-preserved historic center is a UNESCO World Heritage Site and has attractions like the Market Square (Ploshcha Rynok). Climb the tower at the town hall for a great city view. The Lviv Opera House is dazzling and hosts world-class performances. Please note that in Lviv, people are very proud of their history as linguistically, culturally, and ethnically the most Ukrainian city with a population of over half a million from World War II onwards. It is true that before this the majority was Polish, and it had great significance in Polish history. Some Poles will make claims to Lwów and refer to it as a "Polish city" due to its history; however, Poles today constitute a mere 0.9% of the population. The city also had a significant Jewish population prior to WWII. Many people do speak fluent Russian and Polish, due to history and regional significance. However, Russian is declining in usage because many young people are unable to speak it fluently because of its lack of relevance in daily life in the present day. Russian is considered increasingly a foreign language just like Polish or English which just happens to be more well-known, and is taught in most schools as such. To find a house or apartment reach out to a local real estate agent here. Your agent will assist you in the property search, and initial due diligence, to negotiations, legal and technical. Your search for a local real estate agent in Lviv starts here at www.housingagent.com.ua